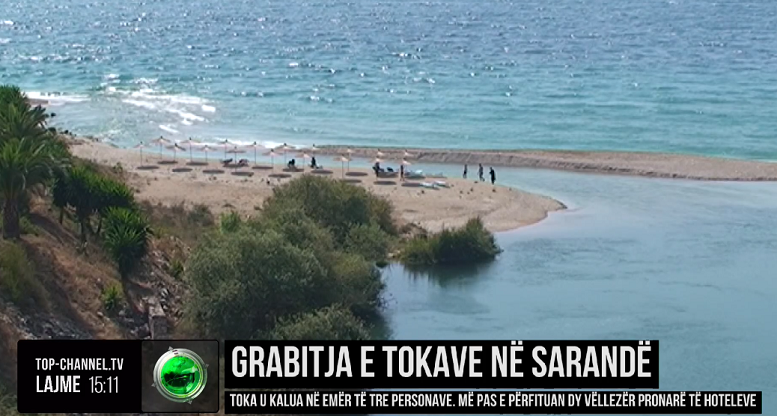 Two business brothers, by falsifying documents and by using their connections in the Municipality and State Cadastre of Saranda in the southern tip of Albania, have appropriated about 10 thousand square meters of state land.

The land positioned along the Cuka canal in Saranda was designed to be turned into a public space, but with the alienation carried out, it turned into a construction site and eventually a hotel.

Sources for Top Channel said that brothers Behar and Bedri Muçobega, now wanted, cooperated with 3 citizens from Saranda to register as owners of state land. To realize this scheme, they collaborated with the director of Urban Planning in the municipality of Saranda, Pandi Zhonga and with lawyer of the State Cadastre Agency, Rovena Alikaj.

Notary Aleko Anagnostini was also involved in this alienation scheme.

All the officials are already behind bars. After the state land passed in the name of 3 citizens from Saranda, the brothers made a fictitious purchase by passing the property in their name and then used it for construction.

One of the brothers is accused of forging documents while the other of laundering the proceeds of crime or criminal activity.

Also wanted is the former director of the state cadastre agency Saranda Ardian Kola, who could not be arrested because he is in England after resigning from the institution in 2020.

Earlier, Kola was also the chairman of the branch of the ruling socialist party in the city.

Inflation rate reached 6.7% in month of May, continues the rising of food and energy prices 21:19