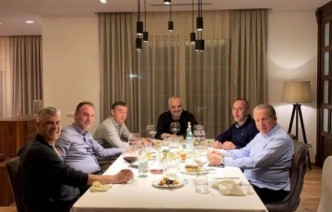 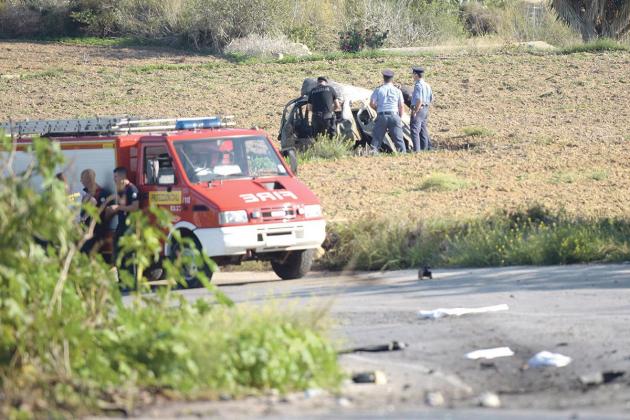 The attack on Romeo Bone in Msida in February 2017 and (top) the aftermath of the car bomb which killed Daphne Caruana Galizia in October 2017.

Investigators believe two of “Malta’s most dangerous criminals” may have used their contacts in the Albanian underworld to procure part of the bomb used to kill journalist Daphne Caruana Galizia.

Two sources involved in the investigation told The Sunday Times of Malta that parts of the explosive device used to kill the late journalist were “almost identical” to one used in a previous car bomb explosion in February 2017.

That explosion, which went off in Msida in the middle of morning traffic, had targeted ‘person of interest’ Romeo Bone, blowing off both his legs.

The sources said the device used in the Bone and Caruana Galizia attacks were both believed to have been procured by the same two suspects, two brothers, who are well known in the Maltese criminal underworld. 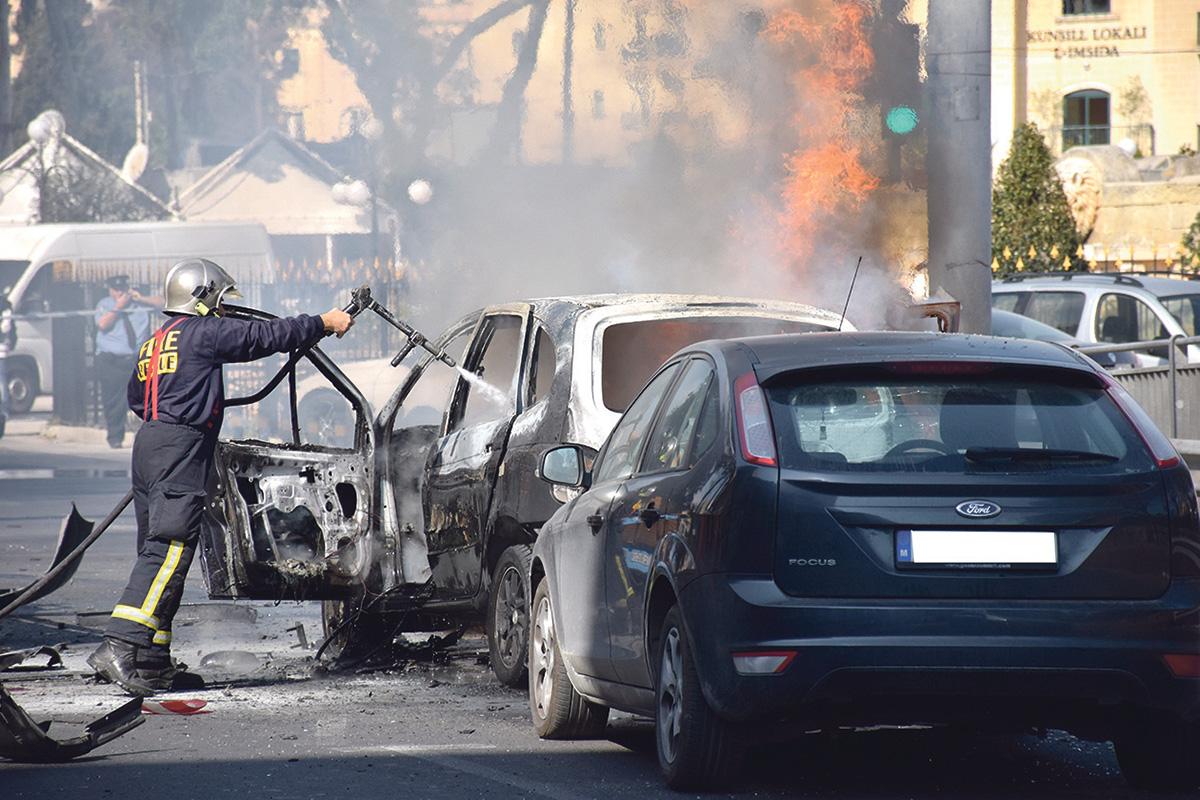 The attack on Romeo Bone in Msida in February 2017.

The brothers are known to have organised crime contacts in Albania, and police are exploring the possibility that this is the source of the car bomb.

It was an Italian investigation which uncovered the extent of the suspects’ link to the Albanian crime world.

A senior investigative source said there was other information leading police to believe that the explosive device may have come from Eastern Europe, but said he was not at liberty to discuss it at this point.

The source said the two suspects were believed to have several dealings in transnational crime, from an ill-fated investment in a Dutch brothel which saw one of the two brothers swindled of some €100,000, to narcotics trafficking and cigarette smuggling.

The sources said that the Europol officials who have visited Malta to analyse data related to the murder were helping them inch closer to nailing the suspects believed to have procured the explosive device. They were also helping in collecting information from overseas.

Meanwhile, the explosive material, TNT, is believed to have been procured from elsewhere – and forensic evidence has led investigators to identify a Żebbuġ garage as the spot where the bomb was finally assembled.

Thanks to phone data, the two suspects who are suspected of having procured the explosive device have been tied to this garage at the same time the bomb is believed to have been assembled.

The two men are known associates of the Degiorgio brothers Alfred and George who stand accused of having carried out the assassination of Ms Caruana Galizia along with Vincent Muscat. The suspects were also described as leading figures in Malta’s violent criminal underworld and have been linked to “at least two” other murders, although neither has ever been charged.

Investigators place them higher up in the pecking order of the criminal conspiracy that killed Ms Caruana Galizia than the Degiorgio brothers, and police believe they may have worked directly with a “middleman” who acted as a go-between to the suspected masterminds.

Police investigators believe the middleman link is key to unravelling the case – an issue that other investigative partners have divergent views on.

One source privy to the case said other investigative partners feel the police have been in a strong enough position to arrest and charge more people involved in the murder for several months.

Last month, The Sunday Times of Malta had reported how investigators believe a major businessman was among three potential key suspects behind the assassination of the 53-year-old journalist.

It was recently reported by Balkanweb that already more than 15 state institutions are protected by Illyrian Guard, a private company owned 100% by the Ministry of Interior. Until the establishment of Illyrian Guard in April 2019, security services were subject to public procurement. Over the years, private security firms have kept…